Once upon a time … there was an old hayloft that a young couple inherited form one of their grandmothers. Our story takes us to the historic centre of a small town near Bergamo, where the closely packed houses hold the promise of visual treasures. And indeed, like a treasure hunt, the way forward was revealed in a series of hints and clues. It was all about the light. Only light could bring out the best in the interiors, create spaces that felt special, unlock the subtle architectural and design secrets. It is light – be it natural or artificial – that turns a house into your own home, a protective shell that becomes a welcoming shelter, a microcosm at the centre of the world. Guided into the interior spaces by the team at DEP Studio, light chases away the dark and brings rooms to life. With the attic wall removed, the light filters in from the south, as though the interior and the roof terrace were a single entity. The modified north-facing windows give the facade a sense of order, and offer another entry point for the rays of the sun, not to mention another set of views. A woman of mystery, light has infinite personalities, and delights in showing them off. Filtering in through the skylight, it is at its midday brightest; through the loft windows, it has an almost blinding warmth; through the north-facing windows, it becomes softer, more diffused. Inside the apartment, everything seems to take a step backwards, as if to say, “she’s the real star” and the white, plastered walls gently embrace her.

Brushed and oiled, broad boards of natural oak extol the essence of the wood – that warmth that no other material can express – covering the floor and the stairs that lead up to the apartment and on to the mezzanine with effortless grace. At the mezzanine itself, high-transparency glass clears away visual barriers, as though leading the light by its hand. Grey stone, meanwhile, caresses the bathrooms, the laundry, the balcony and the roof terrace. Stone and wood. Artifice yields to naturalness and nature. The nature of the materials, the colours. Neutrals, off-whites, greys and beige.

It is art that provides the igniting spark. Large canvases placed gently on the floor, female figures coiled in sinuous poses. Next to the Night&Day bed by Patricia Urquiola (2010, Molteni&C), a piece by Primo Formenti is reflected in the “display case” of Ron Gilad’s Victorian Grandeur table lamp (2009, Flos). It is the triumph of greige. The Gliss Quick wardrobe by MDT (2010, Molteni&C) and the 909 drawer units by Luca Meda (1991, Molteni&C), together with Gunilla Lagerhem Ullberg’s Mistral rug (2010, Kasthall), evoke the sands of an unending desert, with the ultramarine blue of the Ivan Redaeilli blankets and bedlinen the sole interruption. Pure intimacy. Rooms that open onto the world, but give nothing away … much as we find with the living room. Separated from the kitchen and dining space, it gently dominates the mezzanine. Centre stage, against the greens and blues of a piece by Bruno Lucchi, a set of Le Corbusier’s LC14 tabourets (1952-1959; 2010, Cassina) provide a play of horizontals. The wings to this stage are provided by the large Turner sofa by Hannes Wettstein (2008, Molteni&C), while the raw canvas of Marcel Breuer’s Wassily chair (1925; 1968, Knoll) is an unexpected detail. Past and present: Masters of the past and masters of our own time.

The living space created by DEP Studio and Zenucchi is a theatre of allusions and citations. For instance, we find a succession of epochs and styles in the chairs surrounding the Jean Nouvel LessLess table (2012, Molteni&C) in the dining area: Gebruder Thonet Vienna’s minimal, essential Twiggy, with its white leather upholstery (2006), is followed by the CH24 Wishbone (1949/1950), with its solid wood and natural paper cord, and the CH33 (1957) – both designed by Hans J. Wegner for Carl Hansen – then the metal and fibreglass Outline by Arik Levy (2012, Molteni&C). Lighting is provided by the gracile Leukon lamp by Antonio Citterio (2007, Maxalto), while the hemp and dove-grey tones of the elegant, minimal Varenna kitchen – with its embossed, lacquered “columns”, matt laminate island and Kerlite countertop – leave plenty of room for self-expression. Intimate freedom: this is what this apartment, located somewhere between Bergamo and Brescia, really expresses. 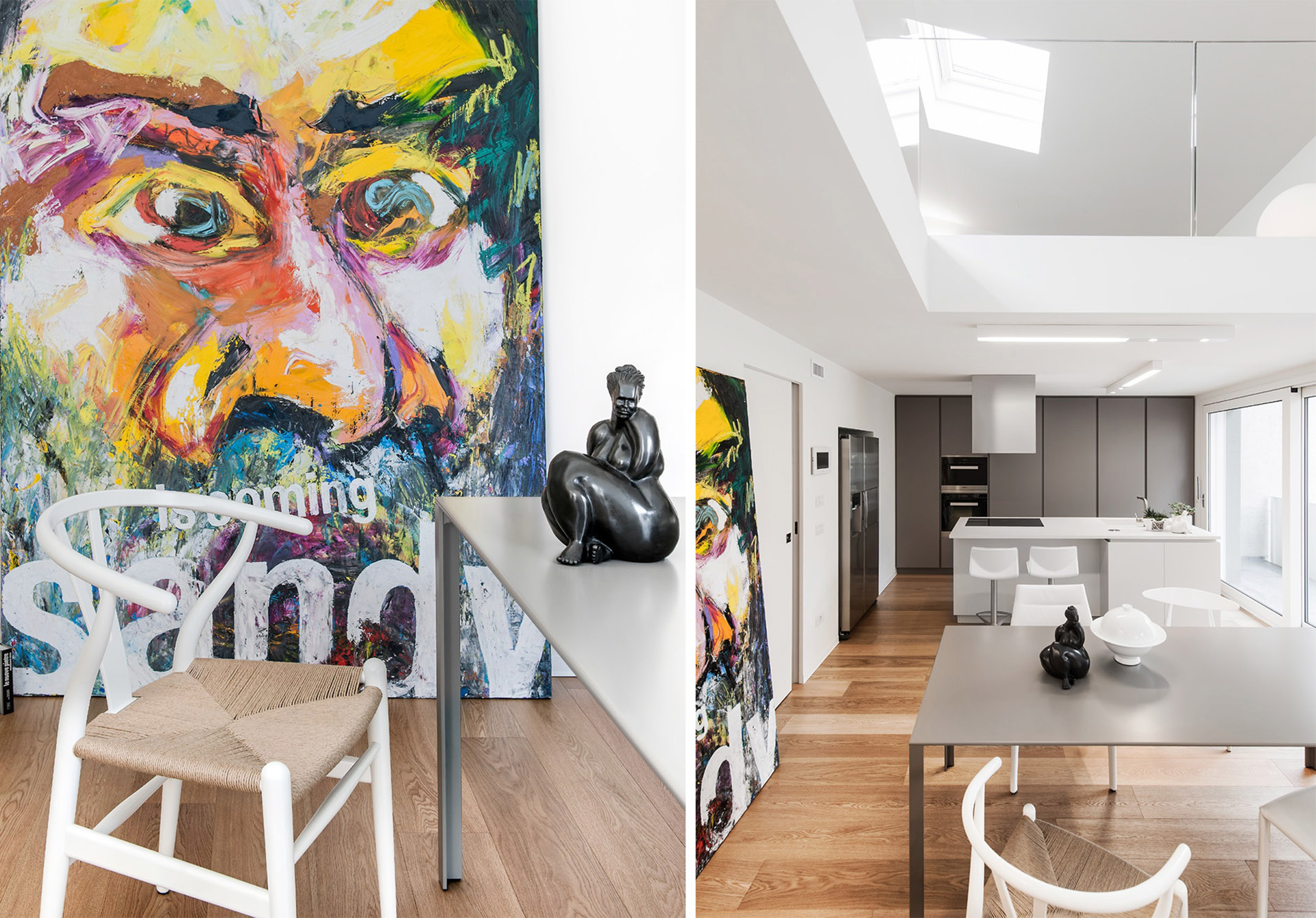 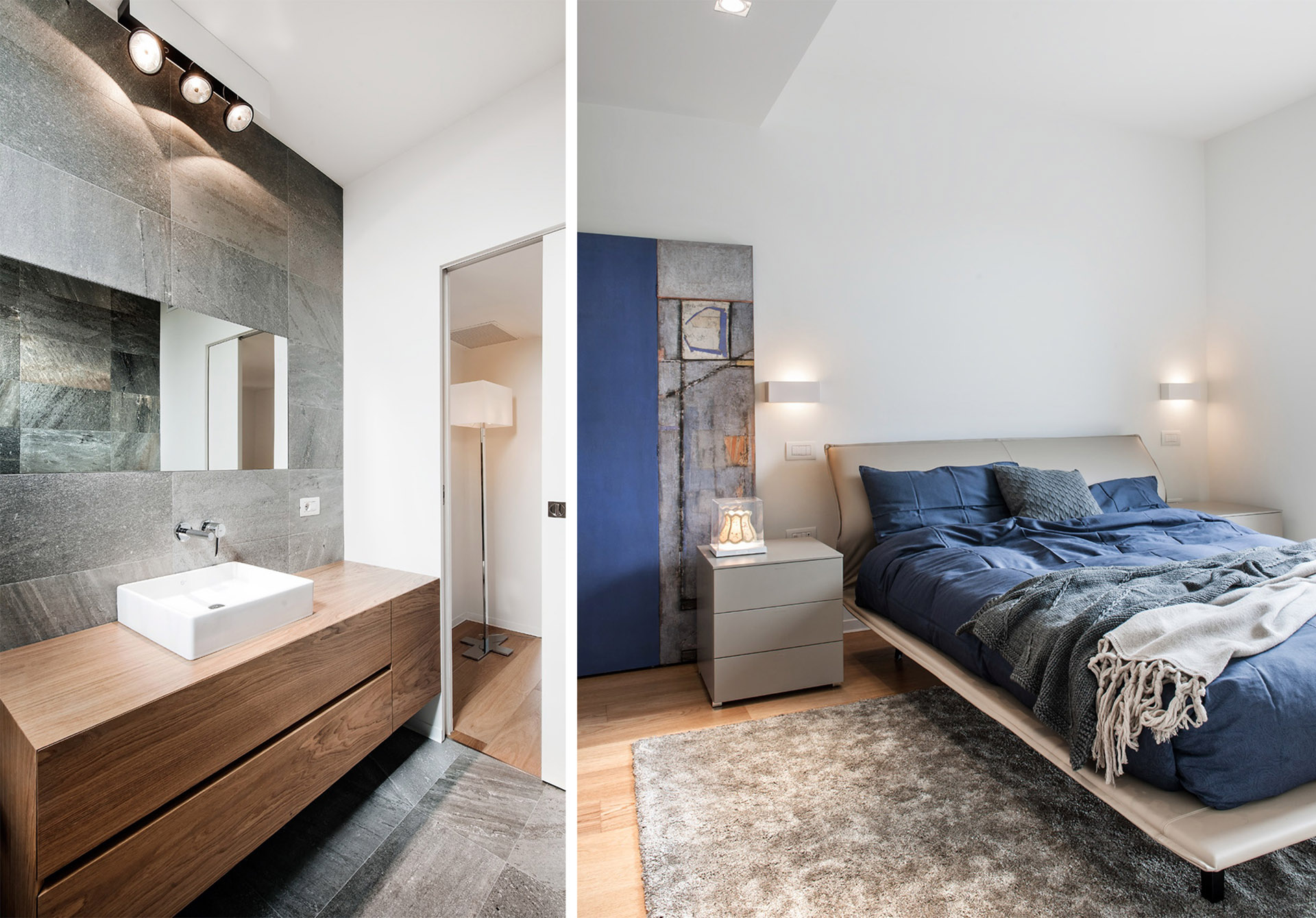 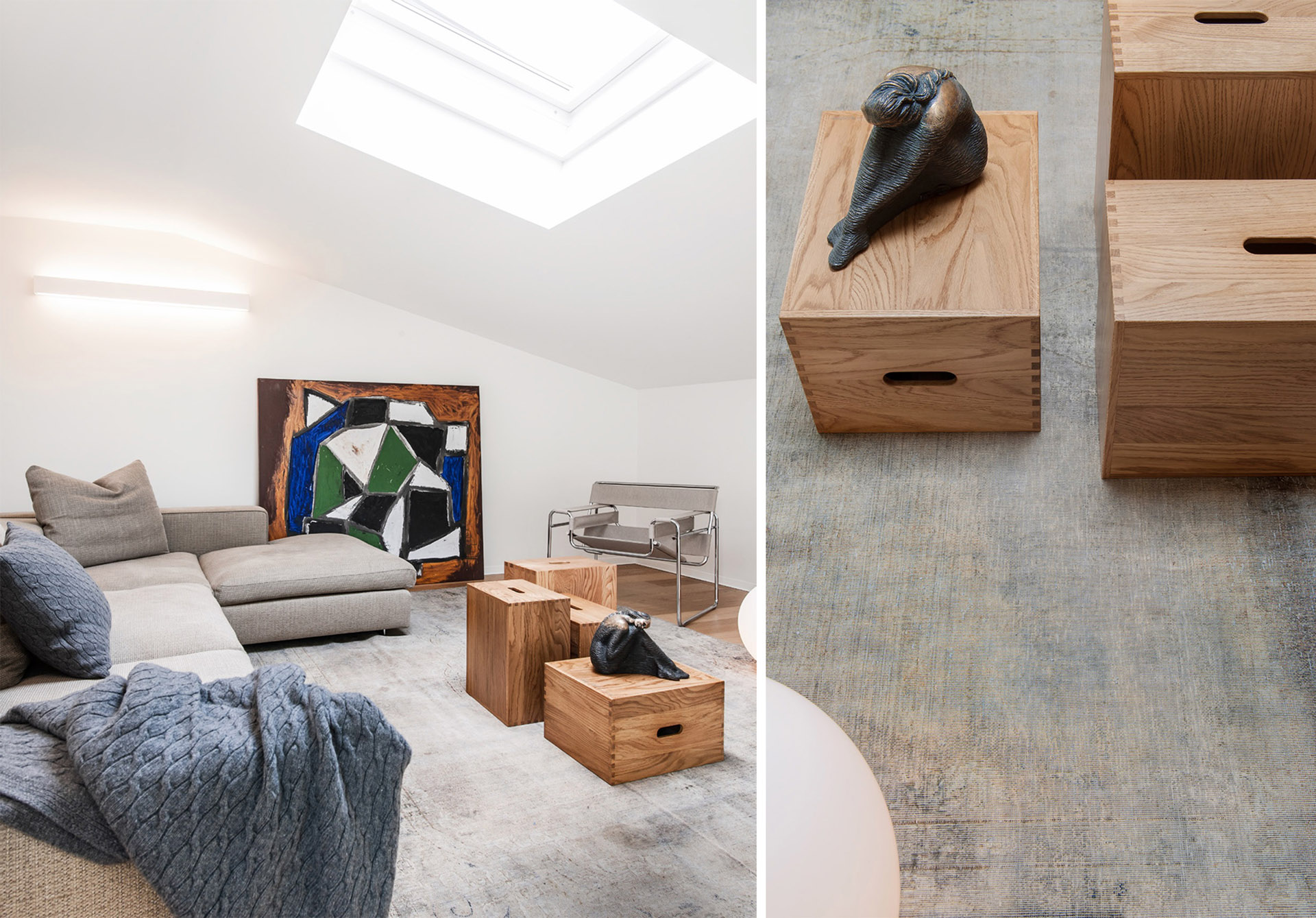 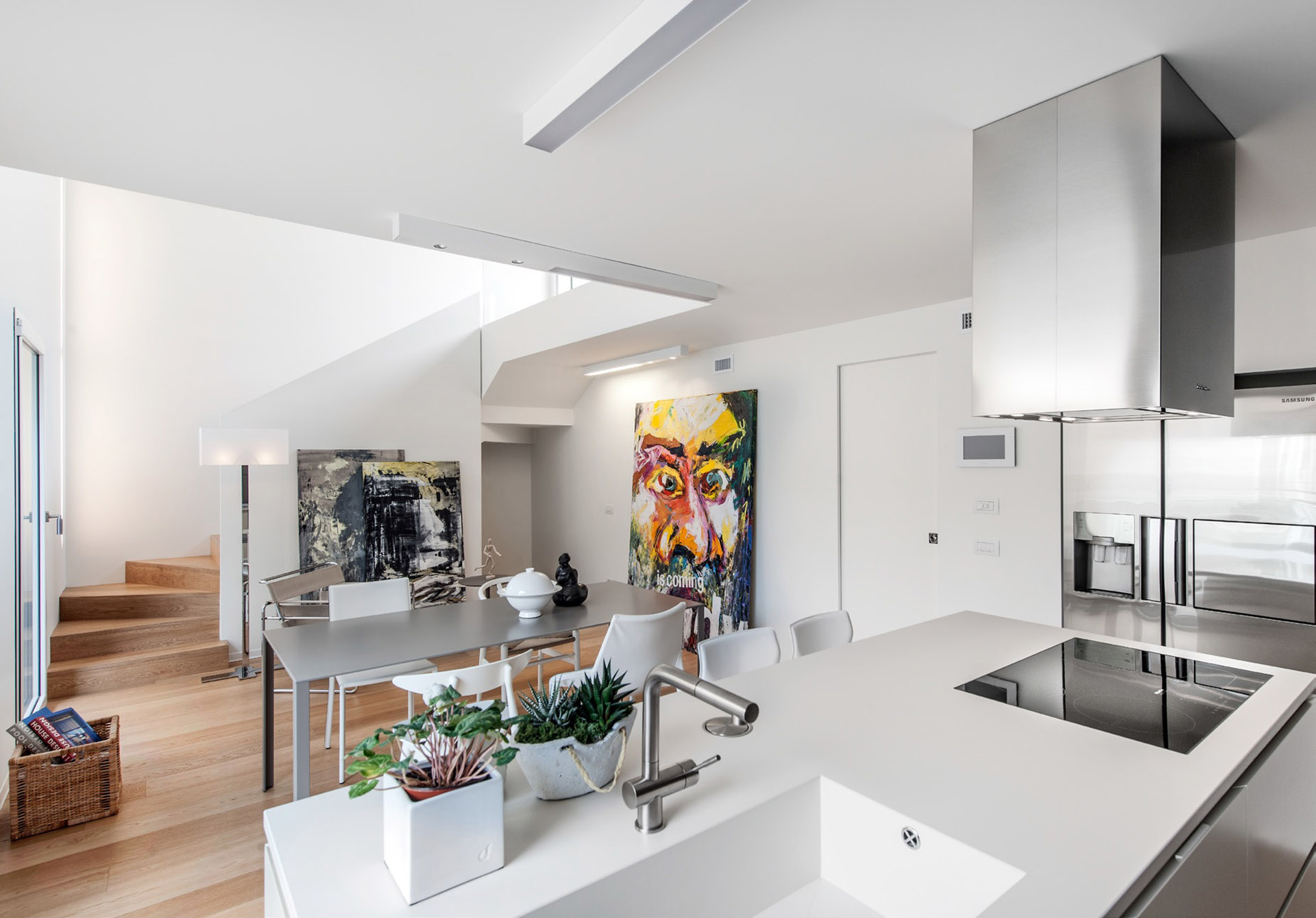